Star Trek Beyond is a treat that will satisfy hardcore Trekkies (or Trekkers as William Shatner prefers) along with new fans of the franchise who were brought in by the last 2 JJ Abrams movies. Complaints from long-time Starfleet followers accused the reboot movies of trying too hard to mimic the science fantasy action and spectacle of Star Wars as opposed to respecting the franchise's roots in the more intellectual concepts of space exploration and intergalactic diplomacy after the hypothetical establishment of world peace in Earth's future. However, thanks to the more fan-friendly writing of our current Scotty, Simon Pegg, this flick feels more like an extended episode of The Original Series in the best way possible. I have a confession. I really got into Trek only 7 years ago, thanks to the first Abrams movie. I liked it so much that I sought out the old movies featuring the original gang such as the Wrath of Khan, Search for Spock and the Voyage Home. Of course, as a kid, I also remembered my dad watching reruns of The Original Series. My friends have been pressuring me over the years to watch The Next Generation. I intend to do so one day but I can't promise yet that I'll give Deep Space 9, Voyager and Enterprise a chance yet but who knows. In contrast, I'm a HUGE Star Wars fanatic since that franchise is almost like a 2nd religion to me. That totally explains why I didn't mind the lens-flare-enabled space battles that Abrams bestowed upon us in the first 2 Trek flicks. The clear highlight in the movie is the solid chemistry between the cast members. Chris Pine has matured in the lead role as Captain James Tiberius Kirk and exudes more authority on the bridge of the Enterprise than he did during the last 2 movies while still letting out his wild side when the situation calls for it. Karl Urban is also a stand-out as Dr. Leonard "Bones" McCoy. He provides subtle comic relief in key moments while also bringing his A-game to dramatic scenes. On the receiving end of Bones's witty commentary is Zachary Quinto's Spock who balances out the eccentricity on display as the logical Vulcan struggling to deal with news about his counterpart in the Prime Universe (aka the legendary Leonard Nimoy whose passing in real life is more than paid tribute to). Zoe Saldana's Lt. Nyota Uhura continues to be a feisy team player who never hesitates to stand up for the crew when in danger. The intentionally awkward romantic chemistry between Spock and Uhura is explored further in a way that playfully provides levity to the high-stakes action. John Cho's Sulu also shines by stepping up and taking charge when no one else can even if it exceeds his job description as the ship's lead pilot. Sadly, this is Anton Yelchin's last ever performance as Pavel Chekhov. The gifted actor left us too early but this movie earnestly shows off his talents as the loyal navigator who never wavers in his dedication to his fellow crew members, no matter how messy things get in the frontier (Trust me, messy would be an understatement here). Finally, Simon Pegg excels as quirky engineer Montgomery "Scotty" Scott in addition to being the movie's passionate writer in real life. When you have a cast this strong, a good plot is just a bonus and we thankfully get that too. A newcomer is Sofia Boutella's Jaylah. An alien survivor and technological scavenger on a distant planet who forms a reluctant alliance with Kirk's crew after losing her family a long time ago. Initially, I had my doubts about the character, based on the little that I saw of her in the trailers. She seemed very cocky and unlikable. Seeing her in the finished product definitely won me over though since she is more well-rounded and actually compliments the crowded cast. Observing her and Scotty gradually bond over gadgets is endearing to watch despite their initial distrust of each other. Boutella is most remembered for her role as henchwoman Gazelle in last year's Kingsman. Fortunately, she does not need literal scissor blades for legs to make an impact like she did in that flick. I'm curious to see her perform the title role in next year's Mummy against the invincible Tom Cruise who can seemingly never get enough cardio in any of his films (Yes, I'm including Jerry Maguire as well since that brief airport scene towards the end counts). We can never ignore the villain's contribution in any sci-fi adventure. Idris Elba's Krall is intimidating as soon as he appears. He only gets to be more terrifying as the plot moves forward. That being said, he does not get any real development until the end and even then, it might not suffice for some members of the audience. His murderous grudge against the Federation is kept mysterious for most of the movie but there is never any doubt that he means business while espousing a philosophy that rejects any idealistic notion of forced universal peace in favor of embracing warfare as a part of nature. Elba's natural screen presence still effortlessly surfaces despite being covered in layers of make-up. I still wish that more was revealed about Krall's backstory but in the grander scheme of things, it's a minor criticism that is heavily outweighed by the movie's numerous strengths. In addition to Krall's limited backstory, some critics might find fault with the simplicity of the overall plot as opposed to an epic life-altering journey for the movie's characters. Personally, I always prefer a simple story told very well instead of an ambitious story told very poorly. Thankfully, this movie belongs in the former category. It's just a regular mission for the crew of the Enterprise and again, feels like an extended of the original series. I find this to be charming and refreshing. Sure, the Enterprise gets badly damaged and crashes on a mysterious planet on the edge of the frontier. Numerous extras in the form of red shirt crew members are sacrificed as a part of Krall's twisted revenge scheme but at the end of the day, it's nothing unusual in the world of Trek. In many ways, this movie wonderfully celebrates the franchise's 50th Anniversary. Even though the movie is action-heavy, several of the ordeals are solved by thinking things through; which is something that might have made creator Gene Roddenberry proud. Again, Leonard Nimoy and the crew of the original series are touchingly acknowledged that gave a relatively new fan like me goosebumps. Even Anton Yelchin gets a nice tribute at the very end. Another strength is composer Michael Giacchino's score that blends the theme of the Abrams movies with occasional nods to the rousing beats from James Horner's work on the Wrath of Khan. Also, without spoiling anything, I will say that the Beastie Boys's Sabotage track is awesomely used and not annoyingly so as the mediocre 1st trailer for the movie indicated. The same trailer's dirt bike footage also caused an online stir but don't worry, it's clever in actual context.
All in all, this is my 3rd favorite movie of 2016 so far after Captain America: Civil War and Deadpool. Last but not least, director Justin Lin deserves a lot of credit for bringing everything together and making it all gel in a highly entertaining package. His kinetic experience with the Fast & The Furious movies proves to be an asset since he knows how to get the most out of a crowded ensemble while keeping the action smoothly flowing. Glad to hear that the next sequel in the franchise has already been confirmed. Chris Hemsworth (aka Thor) will somehow be reprising his role as Kirk's dad despite the character dying before his son was born. So, will this be a time travel story where Kirk ventures to the past to make sure that Papa Thor makes it to the Enchantment Under The Sea dance to kiss Mama Emma Swan (if you remember, Kirk's mom is played by Jennifer Morrison from Once Upon A Time)?!! Well, it's convenient that the Enterprise does not need to go to warp in order to hit 88 miles per hour. Feel free to share your thoughts about the newest Starfleet adventure below. 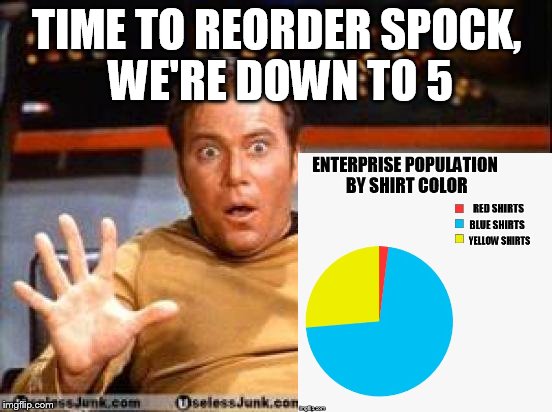 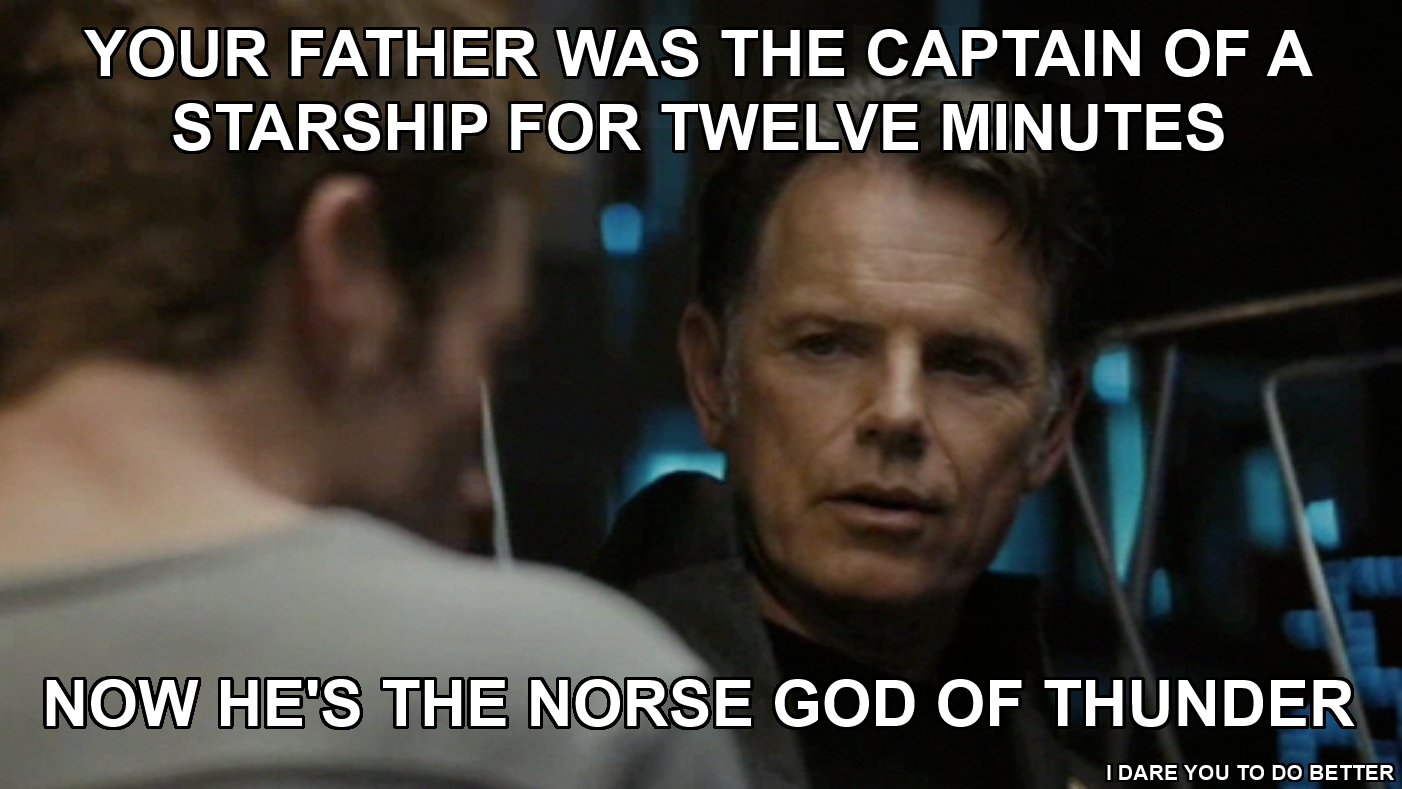 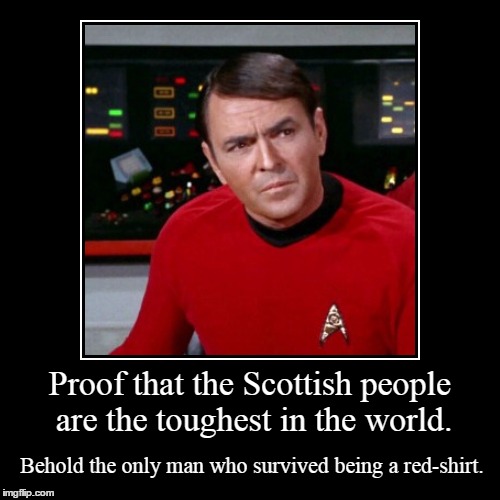 Of course, Keanu always has the last word. 1988's Batman: The Killing Joke is often cited by many as the quintessential Batman-Joker comic book tale but its…

3 global pop cultural icons finally meet on the big screen. They just happen to be superheroes too and…