A. Verdict: ONLY worth watching in theaters if you're craving a GUILTY PLEASURE. Otherwise, it's a rental. (Spice Level: MEDIUM)

B. Good Enough for Repeat Viewing?: Only after the home video release

Let me ask you some serious questions.

If you answered yes to all 3, Hollywood loves you this weekend. 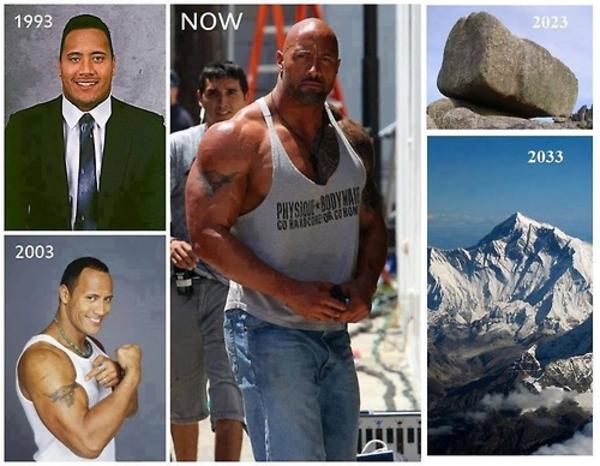 For those of you who never visited a video arcade in the 80's, Rampage was a game where you could smash large cities into nothingness by controlling one of three giant monsters: George (ape), Ralph (werewolf) and Lizzie (iguana). According to the backstory, these 3 violent creatures were ordinary humans who mutated. They did not know how else to cope with their tragedy than by razing skyscrapers and eating civilian bystanders. So, let's show some sympathy.

When the movie adaptation starring Future President of the United States Dwayne "The Rock" Johnson was announced, all bets were off. I'm happy to say that we got the big-budget upscale SyFy Channel-level flick that we deserved. Any combination of popcorn and tequila will only enhance the experience after shutting off your brain for the rest of the night.

The movie radically alters the game's backstory by making the monsters overgrown animals from the wild that become giant-sized after ingesting serums that literally fall to Earth from outer space because of a greedy biotech corporation's illegal experiments (Just go with it!). With their company's stock price tumbling, maniacal CEO Malin Akerman and her doofus brother (Pete from The Office) don't give a shit that Chicago's destruction is a small price to pay for ensuring future pharmaceutical profits. The scenes that feature George have some heart due to the special bond that he shares with the Rock. After all, they're best friends. Ralph, on the other hand, is a gifted comedian. For instance, it's hard not to laugh hysterically when you see a stadium-sized grey wolf jumping over mountains and catching helicopters in its mouth. Lizzie shows that she can compete in the humor department as a hungry gargantuan crocodile that can knock over a Carnival Cruise ship if she is feeling moody. The only semi-serious performance comes from Naomi Harris who is taking a break from playing Miss Moneypenny and fakes an American accent to be an ethical geneticist with a troubled past. To top it all off, we have a cheerful Negan (surprisingly still known as Jeffrey Dean Morgan in some circles) as an upstanding federal agent. It is a statistical impossibility for such a winning combination of thespians to fail.

I will admit that there is a major crater-sized plot hole that I found difficult to ignore even in a nonsensical flick such as this. Without spoiling anything, there is a certain step that could have been easily taken by the heroes early on to save Chicago from being visited by its newest tourists who like to wreck stuff up. There would have been no rampage then to live up to the movie's meaningful title and so, I can be forgiving. Once the creatures arrive in the Windy City, the mayhem is a feast for the eyes. To director Brad Peyton's credit, the action is a breeze to follow with the spectacular wide shots and long takes that are utilized. For those of us who hate shaky cam and rapid cuts, this is a godsend. Other blockbuster filmmakers should take note of this specific aspect. 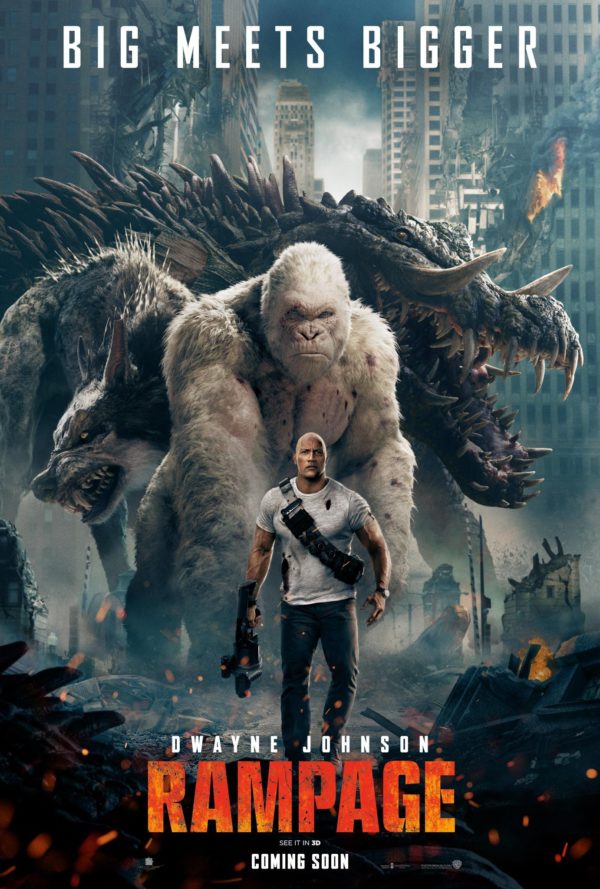 Go see this if dumb fun is what you need right now to de-stress. Otherwise, it's a rental that will pair well with the hard liqour brand of your choice. A. Verdict: Worth watching in theaters ASAP (SPICY!) B. Good Enough for Repeat Viewing?: Absolutely! Might even be necessary…