Let's get straight to business. Go to your theater to watch this movie RIGHT NOW. Whatever you originally wanted to do tonight can definitely wait unless it's your wedding or something. The Marvel Cinematic Universe (aka MCU) has revolutionized blockbuster filmmaking in Hollywood. Other franchises have tried but failed to emulate its almost $16 billion level of success. That is an average gross of nearly $900 million for each of the 18 MCU flicks that have been released so far over the past 10 years. Even more impressive is that all of these films support a larger cinematic tale that is now finally ready to unfold on the big screen. The time has come for the Avengers, Guardians of the Galaxy, Black Panther, Doctor Strange and Spider-Man to save all that we love about the universe. 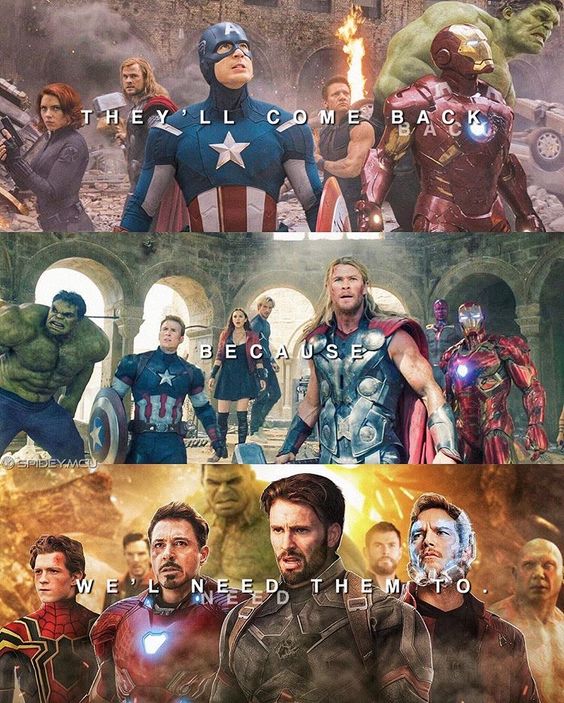 Many feared that it would be impossible to live up to the massive hype. Guess what? They were wrong. All wrong. This movie is a new masterpiece and true game-changer. Despite having to juggle over 62 characters and several sub-plots, the Russo Brothers make directing superhero movies look easy. Their partnership with writers Christopher Markus and Stephen McFeely previously produced hits Captain America: Winter Soldier and Captain America: Civil War (for someone who loves superhero movies, these just might be my 2 favorites period...until now). This team's sterling reputation will only be elevated now. 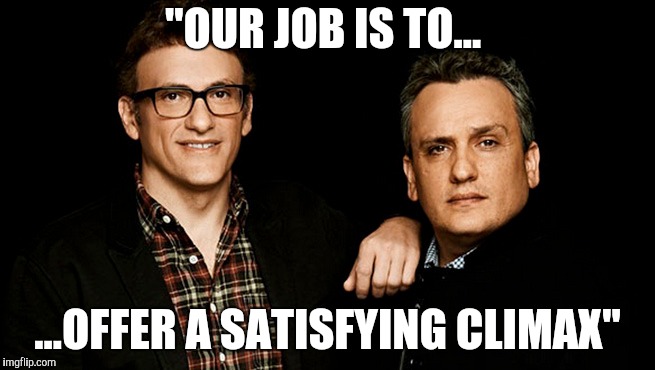 The main attraction is Thanos, the always composed purple alien tyrant who finally decides to get off his chair and push our heroes to their limits. This is HIS MOVIE, after all. Everyone else really is a guest-star in his quest to bring balance by obliterating half of the universe's population with the help of the six Infinity Gems that his imposing gauntlet has been precisely engineered to accommodate. Five of the aforementioned gems have already driven the plots of previous MCU entries: the blue Space stone (Tesseract from Captain America: The First Avenger and the Avengers), the yellow Mind stone (went from Loki's staff in Avengers to Vision's forehead in Age of Ultron), the red Reality stone (Aether from Thor: The Dark World), the purple Power stone (orb from Guardians of the Galaxy) and the green Time stone (Eye of Agamotto from Doctor Strange). Josh Brolin's extraordinary performance reveals several layers to what could have just been a standard universe-conquering supervillain with a fetish for exotic jewelry. As twisted as his plan for universal genocide is, the deep character development on display makes it difficult to outright hate the guy. 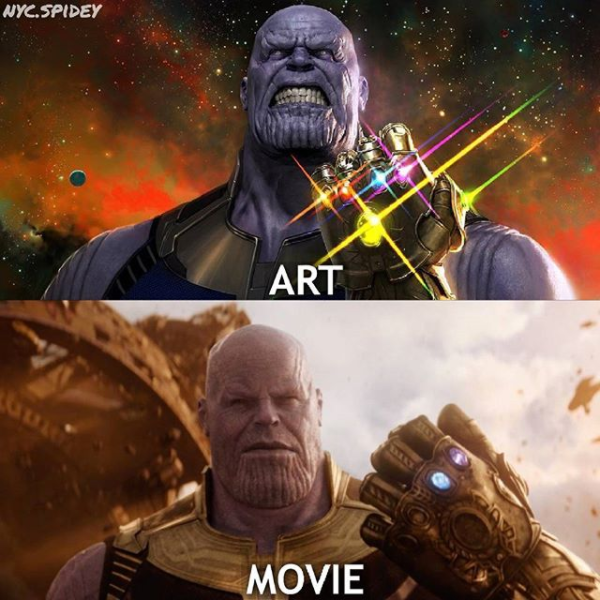 Our superheroes all bring their A-game as well. All of them. Their interactions are cleverly written in a way that lets their individual personalities shine brightly in a crowded ensemble. To mention each cast member would make this review needlessly longer than it should be. So, the picture below will give you an indication of how cozy this party of a lifetime really is. 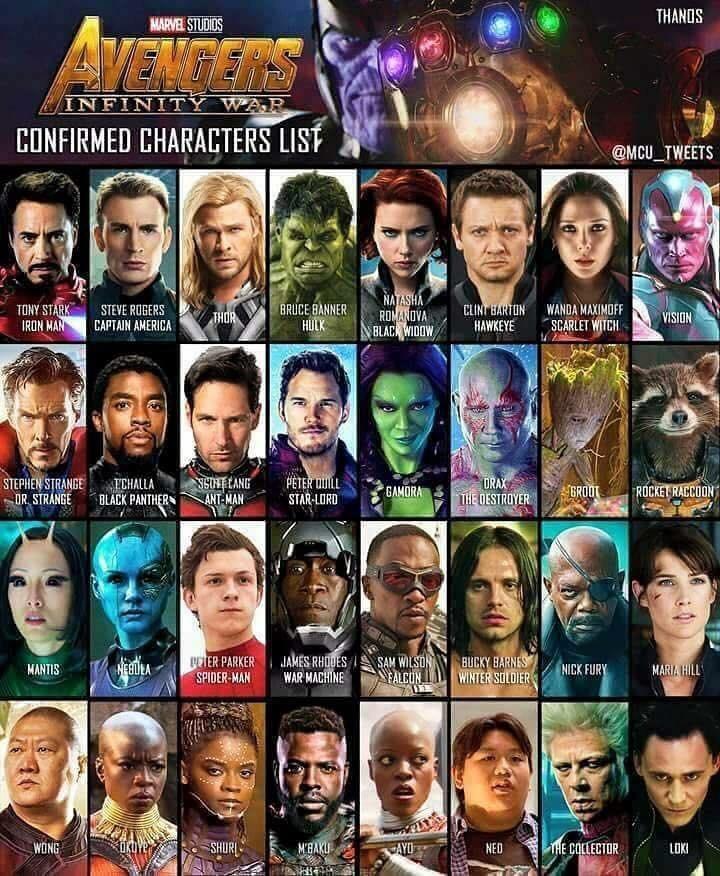 The most unique trait of this epic cinematic adventure is its pacing. It takes what would normally be the third (and final) act of a typical action movie and stretches it out to almost a 3-hour film. It's one continuous action beat after another with breaks that are adequately long enough in between. For some, this might be jarring. For me though, this is heaven and I am confident that the mass audience will agree. After all, all of the heroes have been developed in previous movies over the course of a decade. This allows the story to hit the ground running in a way that would be not be possible for other Hollywood franchises. Legendary composer Alan Silvestri maintains the grand feel musically and knows precisely when to unleash the hummable Avengers theme. 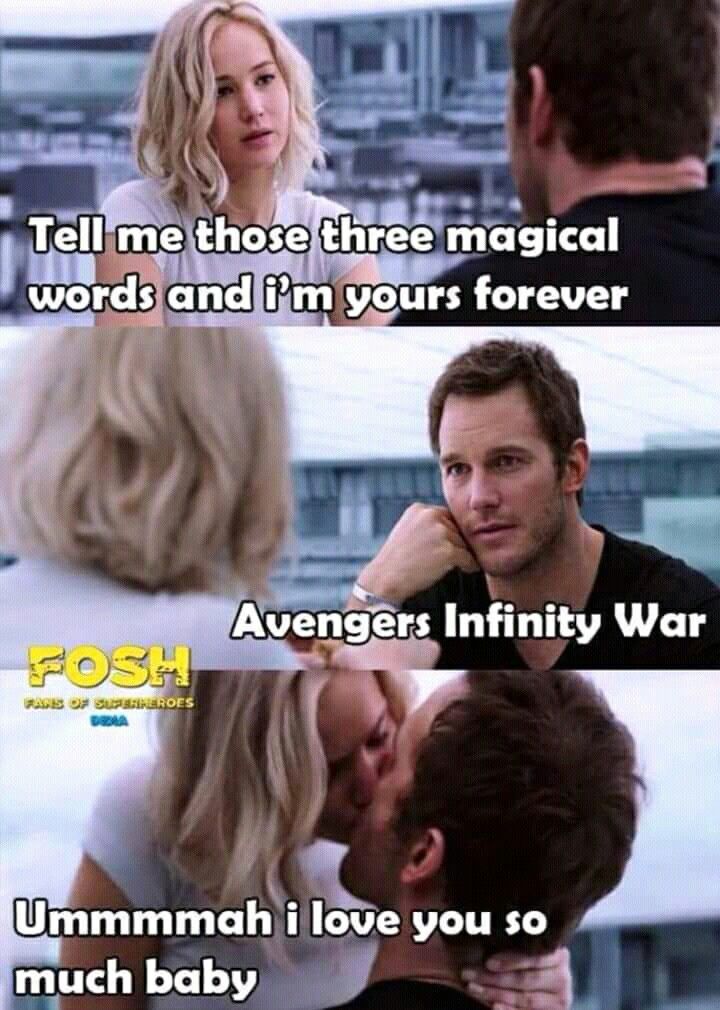 In summary, this is a roller coaster ride that is impossible to prepare for emotionally. By the time that it's over, you will be exhausted and might be even be a changed person. You will almost certainly be craving Avengers 4 immediately. Movies like this justify the existence of theaters in the current Digital Age. Since this is the first full-length movie to be filmed entirely with IMAX cameras, I highly recommend that you watch it in the format if you can.

So, getting back to my main point, quit reading and race to your theater NOW. For a long-time fan of Marvel comics, this movie is beyond a dream come true. It is the entire comic book reading experience translated to the big screen that was hitherto unimaginable. I can almost guarantee that this will put a smile on your face. 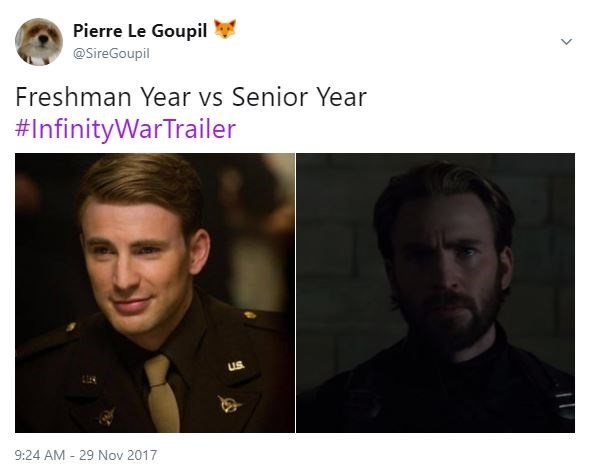 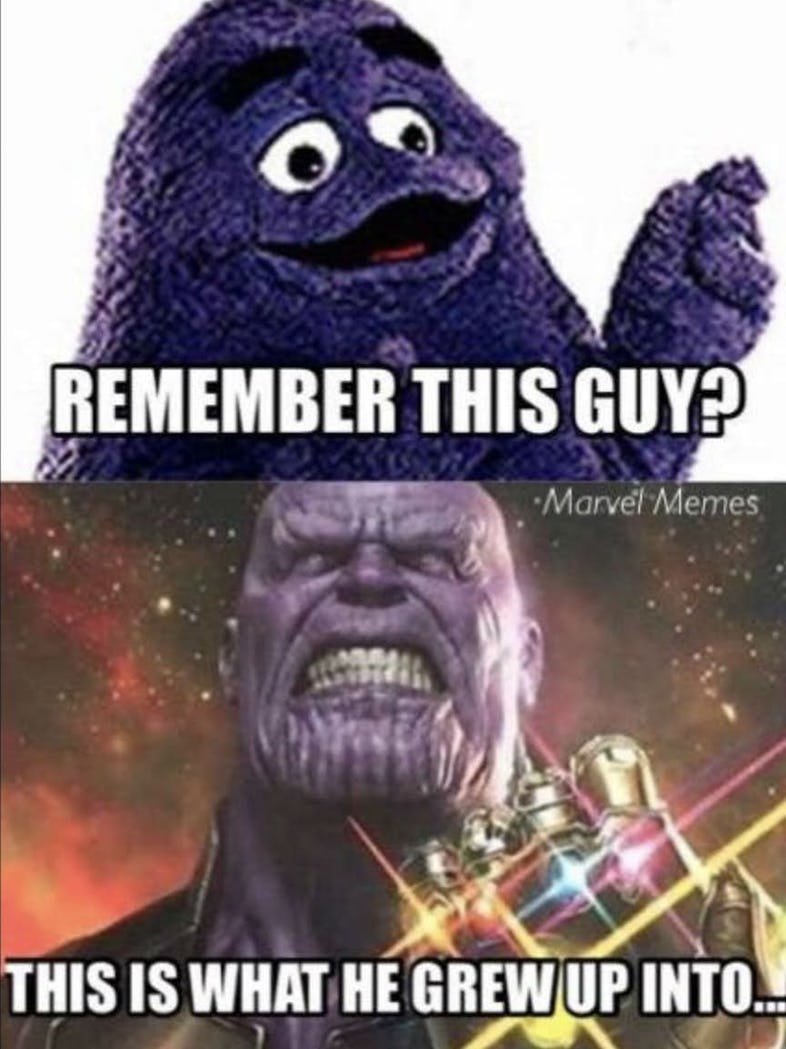 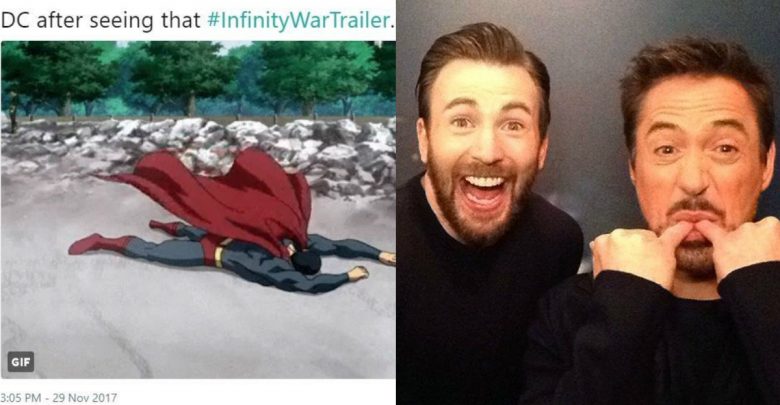 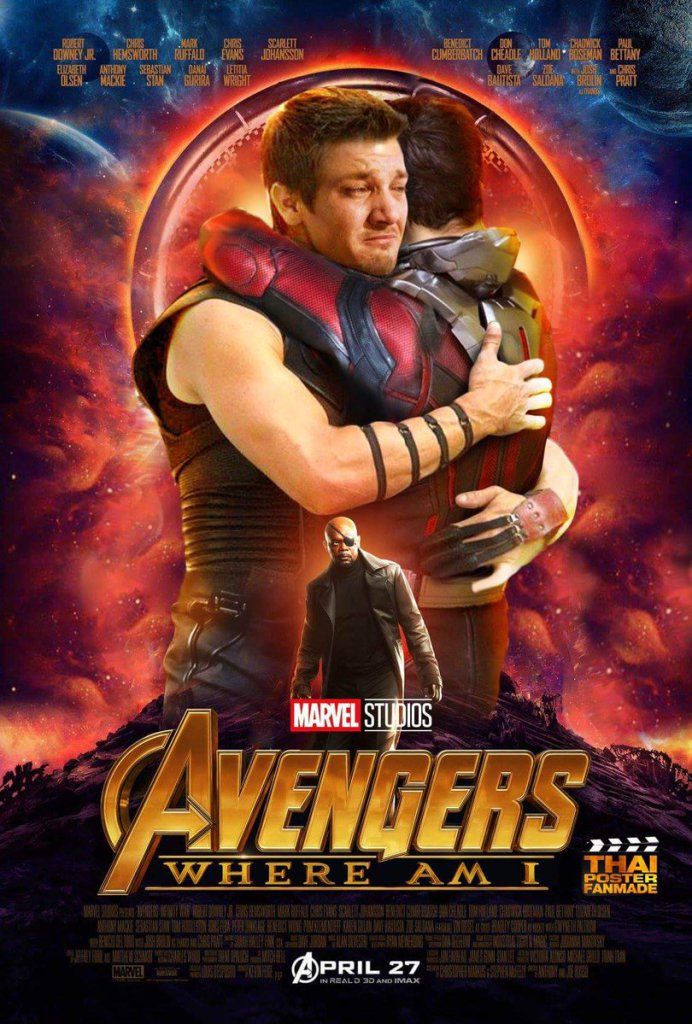 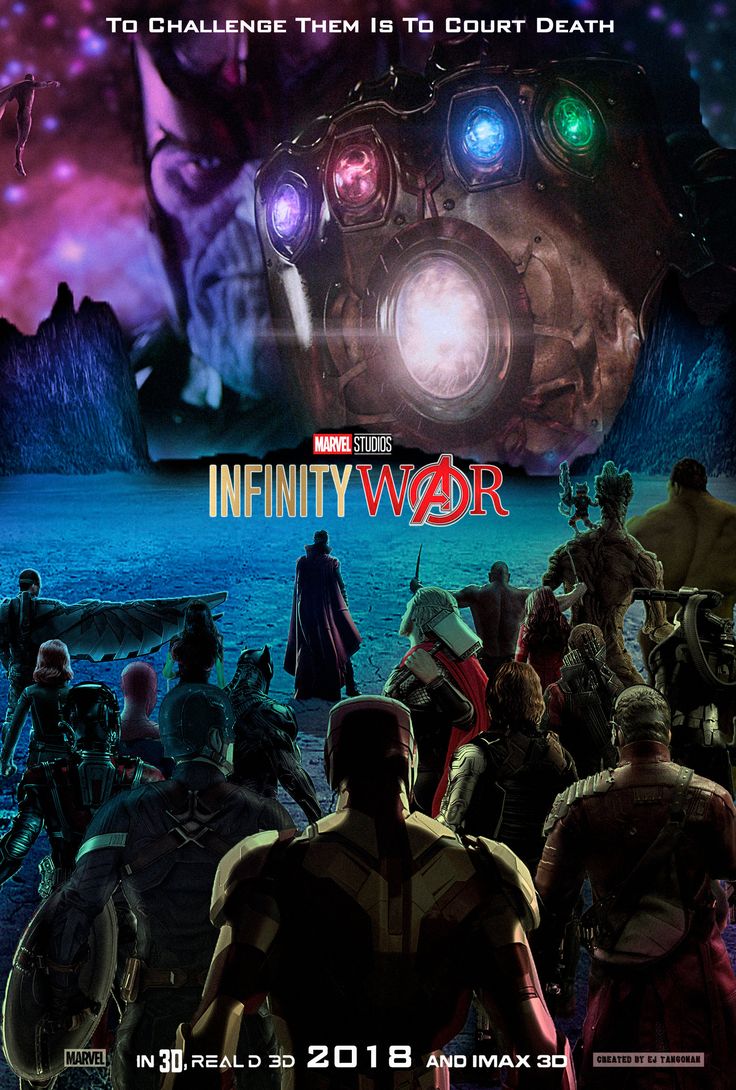 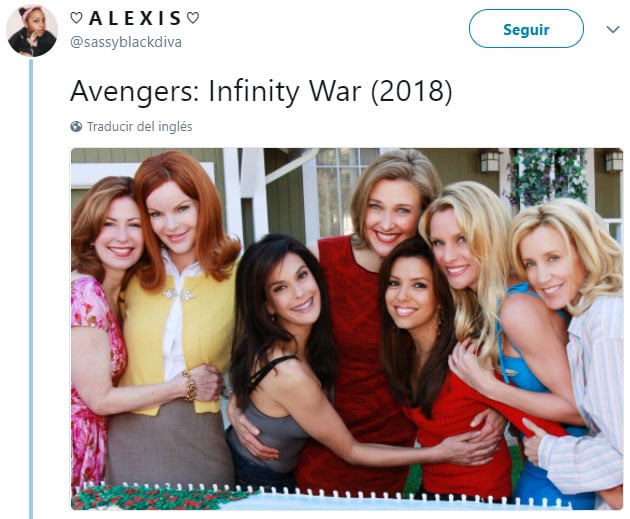 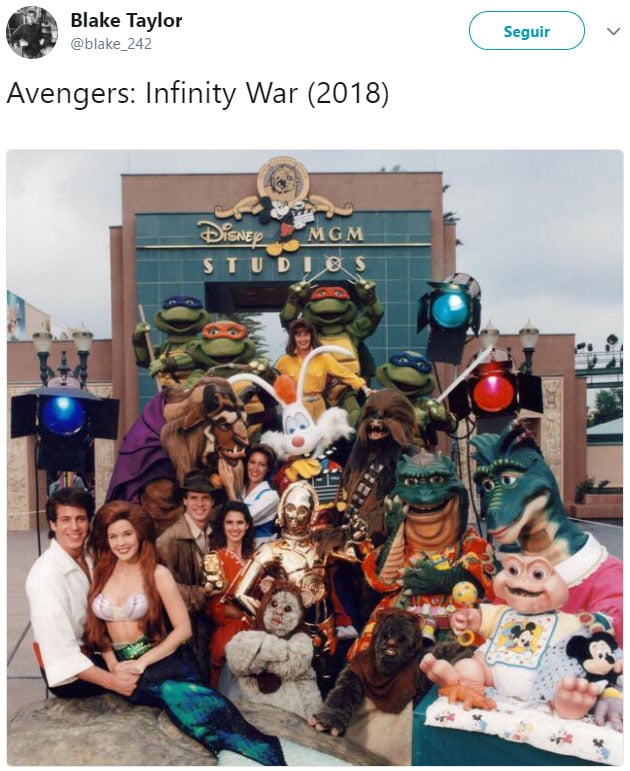 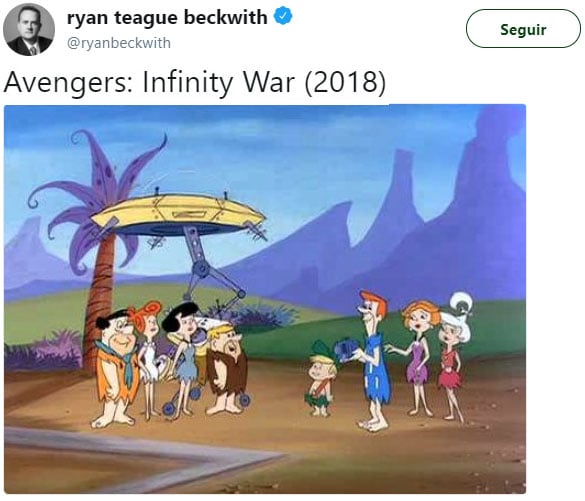 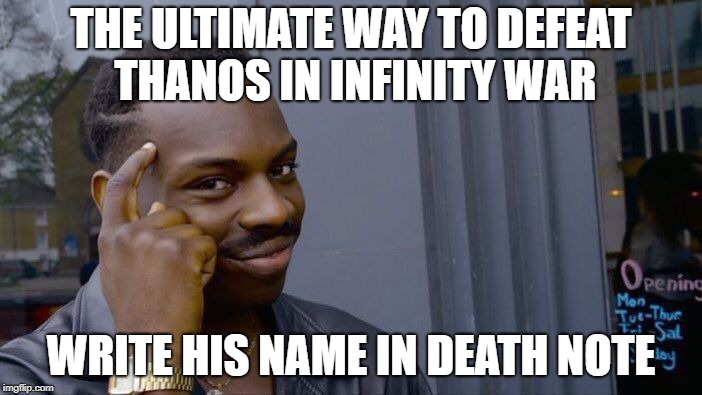 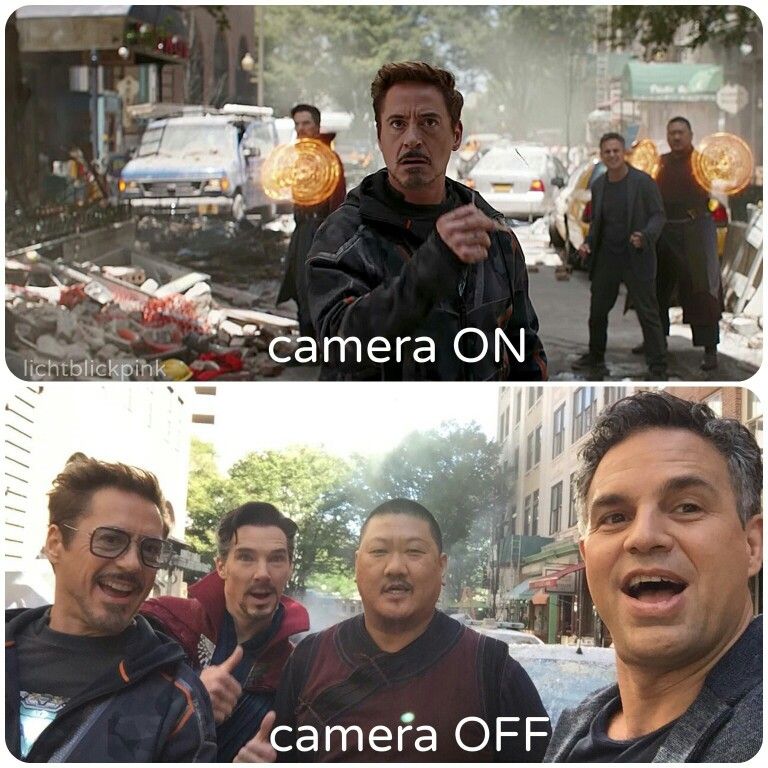 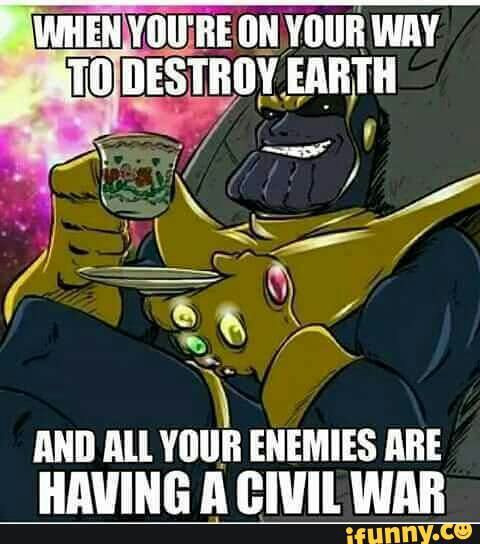 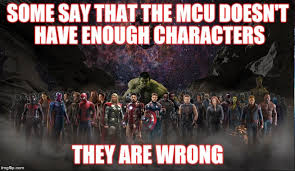 A. Verdict: ONLY worth watching in theaters if you're craving a GUILTY PLEASURE. Otherwise, it's a rental. (Spice Level:…