B. Good Enough for Repeat Viewing?: Probably not.

The concept of a Suicide Squad movie is risky, first of all. It involves taking incarcerated supervillains from all across the DC Universe and seeing them being forced to perform questionable black ops missions for a shady government agency with ulterior motives. Among these villains, only the ones who are part of Batman's iconic rogues gallery are identifiable to the general audience. The others not so much. This is the kind of movie that could have been made with a lower budget to serve a niche audience. Taking the basic Bad VS. Evil premise described above and turning it into a summer blockbuster for the age 8-80 demographic is a bold move by WB that does not quite pay off but still an entertaining ride, thanks to the talented cast.

Let's get the bad news out of the way first, without spoiling too much. The main plot is very messy. The set-up is even worse. It is the careless government's fault that a supernatural entity has taken over the fictional location of Midway City. This key point gets glossed over while the crew of unlikely protagonists is assembled for the mission of taking back the city. The final villain is also an afterthought. There is nothing wrong with using CGI to bring an antagonist and his/her army to life. After all, this is the DC Universe on display where colorful enemies are in abundance. However, its use has to be better justified than it is in this flick where a magic-based enemy was casually dropped in without giving the general audience time to digest all that was going on (a few other characters were copied and pasted but their roles were more minor). A less powerful foe with more character development might have been a better match for the initial foray of this team. The overall editing is also rough. It has been confirmed that WB panicked after the lukewarm response to Batman V Superman: Dawn of Justice and tried to make this movie more lighthearted and humorous. This wonderful trailer was even cut to sell the project this way.

The movie was then partially reshot and heavily edited so that the final product would better match the trailer above. You don't need any industry experience to realize that this is a backwards way to make a movie. Director David Ayer was actually the perfect choice for this project with plenty of experience in handling charismatic anti-heroes (he wrote the screenplay for Training Day that gave Denzel Washington an Oscar for playing a very crooked cop). He even approached WB directly to make a superhero movie for them and also is the the movie's sole writer. It is clear that studio executives somewhat compromised his vision. WB needs to understand that different stories require different tones even if they all take place in the same universe. One size does not fit all. What works for Batman does not work for Superman and vice versa. The studio should have respected Ayer's original approach and NOT change the movie to something it was never meant to be after filming was over. The other disappointment is that Joker's screentime is limited even though the aggressive marketing indicates otherwise. Actor Jared Leto brings his A-game to the role of the most iconic supervillain in history but he has admitted that many of his scenes were cut. Unlike previous Batman movies where the psychopathic clown always took center stage, Joker's lunacy is only teased here and the cut footage makes the situation more difficult. The flashback scenes with Margot Robbie's Harley Quinn seem to be heavily trimmed but the chemistry between these two deranged lovers is more than disturbingly engaging. Just wish that we could have seen more.

Now, we can start covering the good stuff. The talented cast makes this movie work despite all of the aforementioned challenges. It should be no surprise that Margot Robbie's Harley Quinn is the highlight and heart of this journey. She nails the inherent spunkiness and playful seductiveness of Joker's co-dependent girlfriend and former psychiatrist. Her constant wisecracks for almost every dire situation are balanced by the killer instincts always lying underneath her deceptively cheerful facade. Will Smith's Deadshot is the world's best assassin who never misses a shot. Smith projects his typical big screen movie star persona but it's effective in this part as a deadly professional with a code of ethics who just wants to do right by his daughter. He unofficially takes charge of the team and his sarcasm displays his constant suspicion of the government's true motives. Viola Davis's Amanda Waller is the beyond intimidating government intelligence chief who knows how to manipulate dangerous individuals to act against their own self-interests for the sake of national security. Waller is tough and mostly unlikable while also showing a sense of vulnerability and frustration of dealing with a world where the rise of metahumans is slowly changing global defense. Jai Courtney's Captain Boomerang is another scene stealer. I will admit that Courtney has been less than impressive in previous roles but here, he gives an unrestrained performance in his natural Australian accent. Boomerang is the least sympathetic member of the team and he owns his stance of unapologetic self-preservation with his wittily raw unsolicited commentary. Joel Kinnaman's Rick Flagg is solid as the stoic duty-bound soldier who keeps the criminals around him in line as the designated field leader. Yet, his relationship with Cara Delevingne's June Moon/Enchantress is underdeveloped despite being very important to the plot, which could be a symptom of the cut footage. Delevingne, by the way, is a standout. She plays two different roles in the same body as a timid archaeologist possessed by an ancient witch and excels at both. A lesser actress could have easily screwed this up but she rises to the occasion and makes her mark in this crowded ensemble. It's a similar situation with Jay Hernandez's El Diablo, a firestarter who is a recent pacifist. This could have been a throwaway role but Hernandez elevates the material that he is given into something more as an emotionally wounded individual traumatized by his past. Adewale Akinnuoye-Agbaje's Killer Croc is a monstrous reptillian alleged cannibal who Batman fans should be very familiar with. He isn't given too many lines but conveys a lot with his agitated reactions to all of the shenanigans. He accepts his status as an outsider because of his frightening appearance and true to his his name, jumps in the water every chance he gets. Adam Beach's Slipknot even has less to do but he serves his purpose well. Karen Fukuhara's Katana is mostly silent but she does have screen presence along with her mystical sword that has her dead husband's soul within. Ike Barinholtz's Griggs gets a lot of the funny lines as a somewhat sleazy guard at the Belle Reve maximum security prison for supercriminals. Scott Eastwood's character as a soldier under Flagg's command was hyped before release but it's mindboggling as to why since there was nothing really memorable. All in all, the shared dynamic chemistry carries the movie despite the mediocre plotting and the well-timed humor largely lends a hand as well. 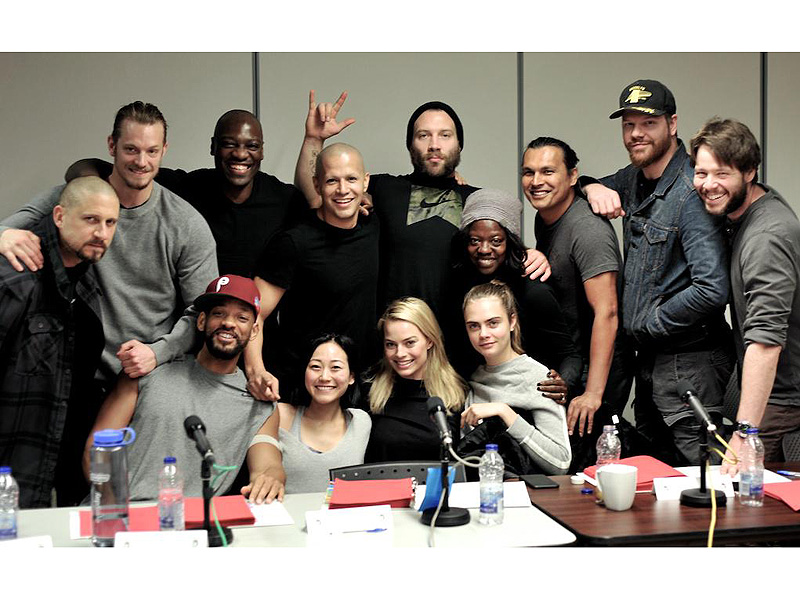 The music selection here also shines. Ayer knows his tracks and how to enhance a scene with sound. Academy Award-winning composer Steven Price delivers by reinforcing the on-screen action with memorable beats. Russian cinematographer Roman Vasyanov's use of bright colors and glitz is a welcome relief from the dour tones that Zack Snyder loves. The other bonus for fans is that there are several DC Comics easter eggs. Batman and Superman are referenced appropriately and the eventual formation of the Justice League is alluded to with a surprise cameo by another hero. Also, don't miss the mid-credits scene that sets up a future movie. The world-building is on steroids and I love it. This is a place where anything can happen. Alien invasions and magical sorcery co-exist alongside a contemporary fast-paced 21st century environment that we can recognize. Sure, Batman V Superman: Dawn of Justice was a disappointment but after watching this flick, I'm more than convinced that WB is sincerely trying to give us the DC Cinematic Universe that we have long been requesting. Seeds are being planted for something that is bound to surprise us in a good way down the road. A few bumps along the way should not change that. After all, modern comic writing legend Geoff Johns is in charge now and even Ben Affleck will have a bigger role going forward behind-the-scenes. Zack Snyder is seemingly being pushed out with his grim-dark obsession, which is an even better thing. To sum it all up, a talented cast with strong chemistry makes this an entertaining experience in spite of the mediocre plotting and editing. 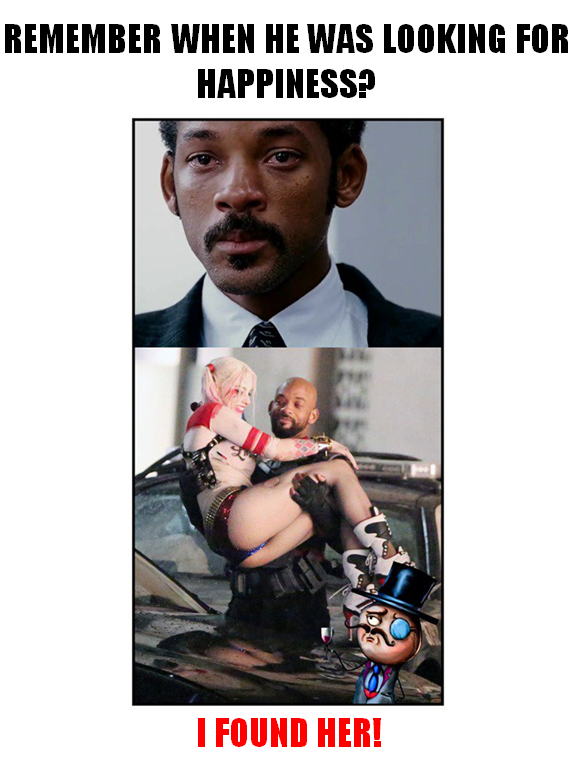 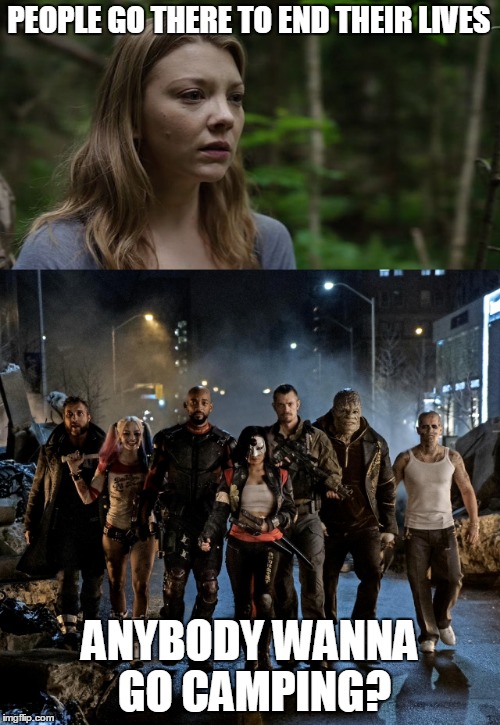 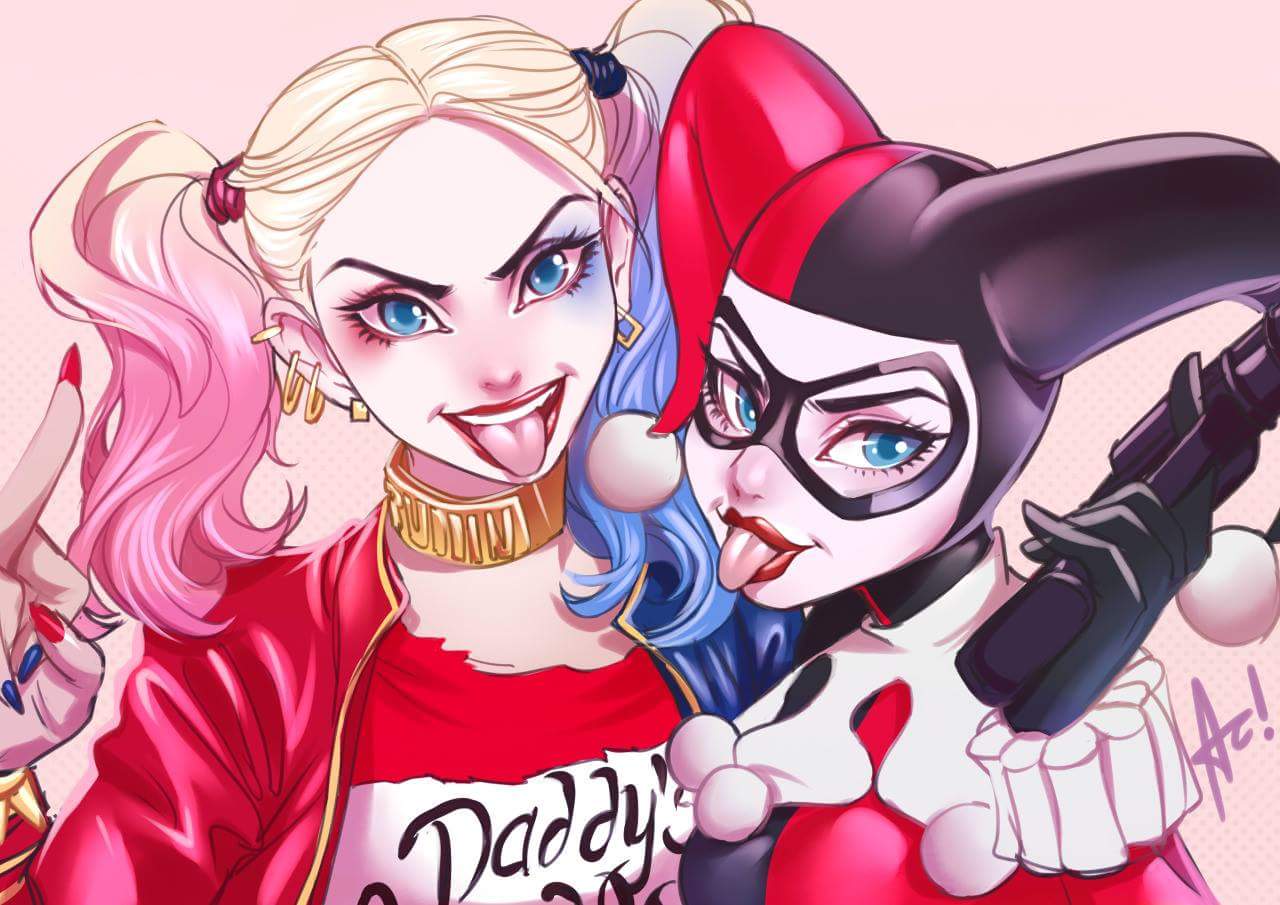 Top 10 Actors Who Should Be in A Superhero Movie

If one thing is true in Hollywood is that there is never any shortage of genuine talent. There is…

1988's Batman: The Killing Joke is often cited by many as the quintessential Batman-Joker comic book tale but its…