A. Verdict: Watch in theaters (SPICY)

B. Good Enough for Repeat Viewing?: Only after home release

Game Night is the one movie that I absolutely had zero expectations for. I did NOT watch a single trailer and only had a vague idea of the premise. Knowing that it was a comedy starring Jason Bateman and Rachel McAdams upfront gave me some comfort due to their reliability in the humor department. On top of that, I am a major Board Game Geek in my private life and so that raised my interest as well.

I am happy to say that I enjoyed this flick very much! The comedic chemistry between all of the cast members is on point and the plot is precisely mapped out for the audience to follow with interest while laughing several times along the way. Bateman and McAdams play two halves of a super-competitive married couple who host weekly game nights for their tight circle of friends at their suburban cul-de-sac home. These pals include Lamorne Morris and Kylie Bunberry as another squabbling couple who have been together since middle school. There is also dim-witted proud single guy Billy Magnussen who brings a different bimbo girl with him each week. Lucky for him, his Plus One this time around is clever Irish lass Sharon Horgan who has his intellectually-challenged back. The real stand-out performance-wise is Jesse Plemons as a lonely divorced cop neighbor who openly yearns to be invited to these parties in the most sympathetically creepy way possible.

The story begins when Bateman's wealthy show-off brother, Kyle Chandler, visits town and decides to upstage him by organizing a night full of fun that will change their lives forever. According to the rules, one of the players will be kidnapped by robbers played by hired actors and the others will compete to find the missing person first. Long story short, nothing goes according to plan and the stakes might actually be real in this well-written script with plenty of surprises for our clueless gamers. The constant brotherly tension between Bateman and Chandler grounds the narrative and balances out of all the hilarious shenanigans that test everyone's determination to win with their sanities intact. To me, Chandler was a revelation since he is usually revered for playing serious roles but here he gets to totally let loose as a charming carefree narcissist (again, much to the amusing annoyance of Bateman's inferiority complex).

The direction is by the duo John Francis Daley and Jonathan Goldstein. Their previous writing credits include the Horrible Bosses franchise and the most recent Spider-Man flick (Homecoming). Their next project involves helming the long-anticipated solo Flash movie based on the iconic DC Comics scarlet-clad speedster superhero. After seeing how wonderfully they handled this, I am now more excited to see what they do with one of the most beloved characters in comic book history. All in all, if you're looking to kill time at your local theater with a very entertaining R-Rated comedy this weekend or next, I definitely recommend checking this out. Despite flying under the radar when it comes to hype, it delivers plenty of well-earned laughs from the talented cast while they aim to emerge victorious against all of the unexpected twists and turns in the ultimate game night to remember. 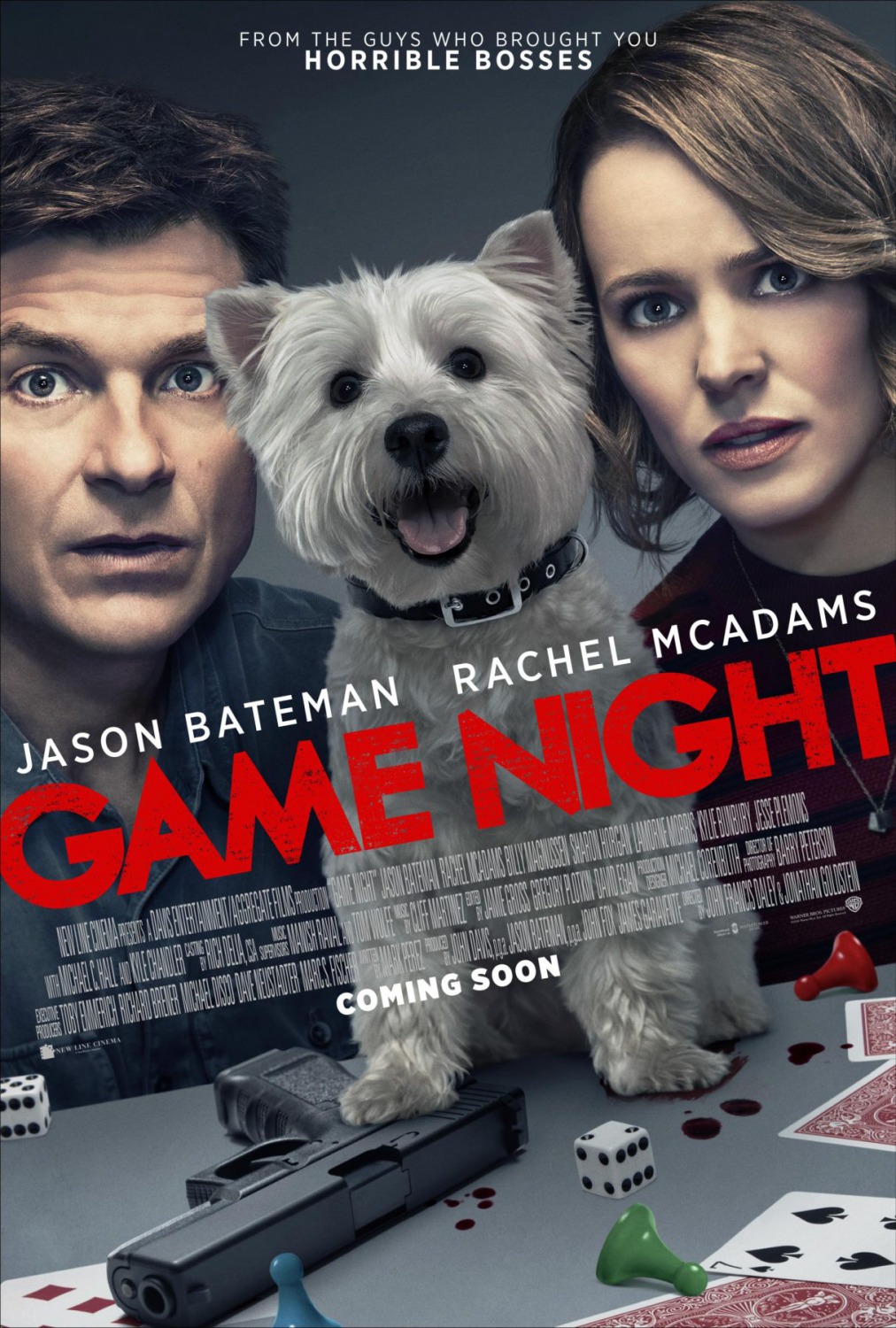 A. Verdict: It's a Rental (Spice Level: MEDIUM) B. Good Enough for Repeat Viewing?: Maybe but only after the…