A. Verdict: It's a Rental (Spice Level: MEDIUM)

B. Good Enough for Repeat Viewing?: Maybe but only after the home video release.

As a once avid gamer, Tomb Raider is one of the few franchises that I have been keeping up with. The 2013 reboot of archaeologist Lara Croft's story was one of the best games that I had ever played in my life. To finally beat it, I remember playing for literally 12 hours straight from the time I came home from work around 6:30 PM to 6:30 AM the following morning (luckily, I did NOT have to return to the office afterwards). The highlight of the reboot was that they hired a talented British actress named Camilla Luddington to not only act out the scenes but also do the intense physical stuntwork that she actually got bruises from. Using motion-capture, all of her acting and acrobatics were animated over to create the game footage. This made the game feel more emotionally real and immersive for the player controlling Lara's actions. By the time that the game was beaten, I almost felt that I had survived a real experience alongside Lara on the mysterious Japanese island that is the game's setting.

When it was announced that a movie adaptation of this reboot would be made, I had high hopes since the story was perfect for a low-budget cinematic adventure. The key would be be the casting. Initially, I and many fans hoped that Luddington herself would be chosen for the role as she is already a proven actress in Hollywood with Californication, True Blood and Grey's Anatomy on her resume. Of course, studio executives ignored this obvious option and went a different route by going with Oscar-winner Alicia Vikander, a very commendable alternative. 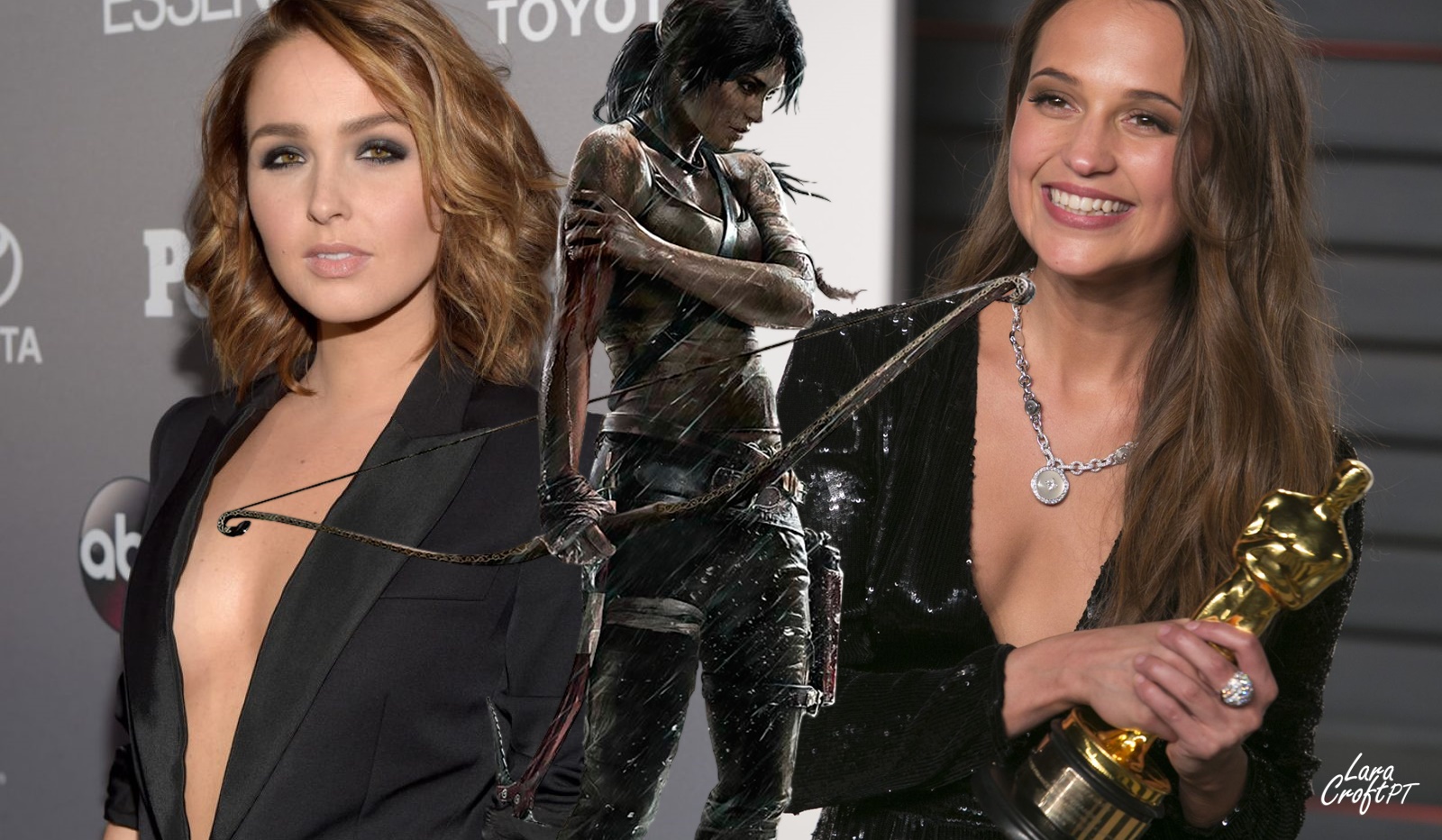 The acting in this movie is the highlight and Vikander more than comfortably carries the weight on her shoulders as the lead. Her version of Miss Croft is very likable and her subtle facial expressions effortlessly say so much about her state of mind. When the film starts, she is struggling to earn a living in modern London as a bike courier. Life would be a lot easier if she just embraced her family's aristocratic legacy and signed the legal paperwork for inheriting the vast wealth that is left behind by her missing father (earnestly portrayed by Dominic West). Lara is reluctant to do so until she solves the mystery behind her dad's disappearance. When she comes across a clue that points to his last known whereabouts being in an island off the coast of Japan in the treacherous Devil's Sea, Lara teams up to find the truth with a skeptical alcoholic boat captain, Lu Ren (charmingly performed by Daniel Wu). Unfortunately, this mission becomes complicated when she meets a brutal mercenary leader, Mathias Vogel (Walton Goggins), who will stop at nothing to uncover the island's destructive secret that threatens the human race: the tomb of Himoko, the mythical Queen of Yamatai who had power over life and death. Lara's character is the only one that is sufficiently developed over the course of the movie. The other performers try their best with the script, which sadly lets them all down. That being said, Kristin Scott Thomas as Lara's dad's concerned business partner is a bright spot despite her limited screen time along with Nick Frost and Jaime Winstone as a married couple running a sketchy London pawn shop. 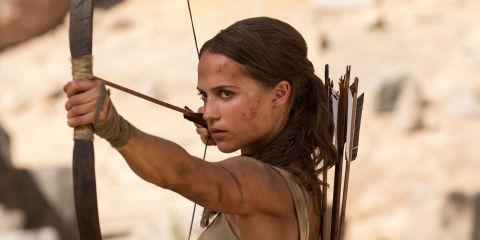 What drags the movie down is the plot. Everything is really dandy until Lara reaches the island and then the narrative goes in fast-forward mode to the viewer's detriment. How exactly the bad guys intend to use Himoko's power to control the human race is never revealed. There are hints to Goggins being a richer character with a sad backstory but none of that is expanded on. Wu's supporting protagonist seems to suddenly transform into a completely different character in the 2nd half of the film as well with no believable arc to justify this. There are some very impressive scenes that showcase Vikander's athleticism and are gifts to long-time fans of Miss Croft's video game escapades. However, those fleeting moments feel like add-ons to a messy screenplay. Without spoiling too much, it would have been better to keep the story more simple and make it a true survival story by letting Lara get stranded on the island earlier in the movie to make her journey much less rushed. Norweigan director Roar Uthaug does put the focus on the pleasant visuals at least but I am curious to know how many scenes were deleted. Otherwise, the awkward pacing makes no sense. Despite all of these shortcomings, Vikander keeps your eyes glued to the screen from start to finish with her adrenaline-charged charisma. 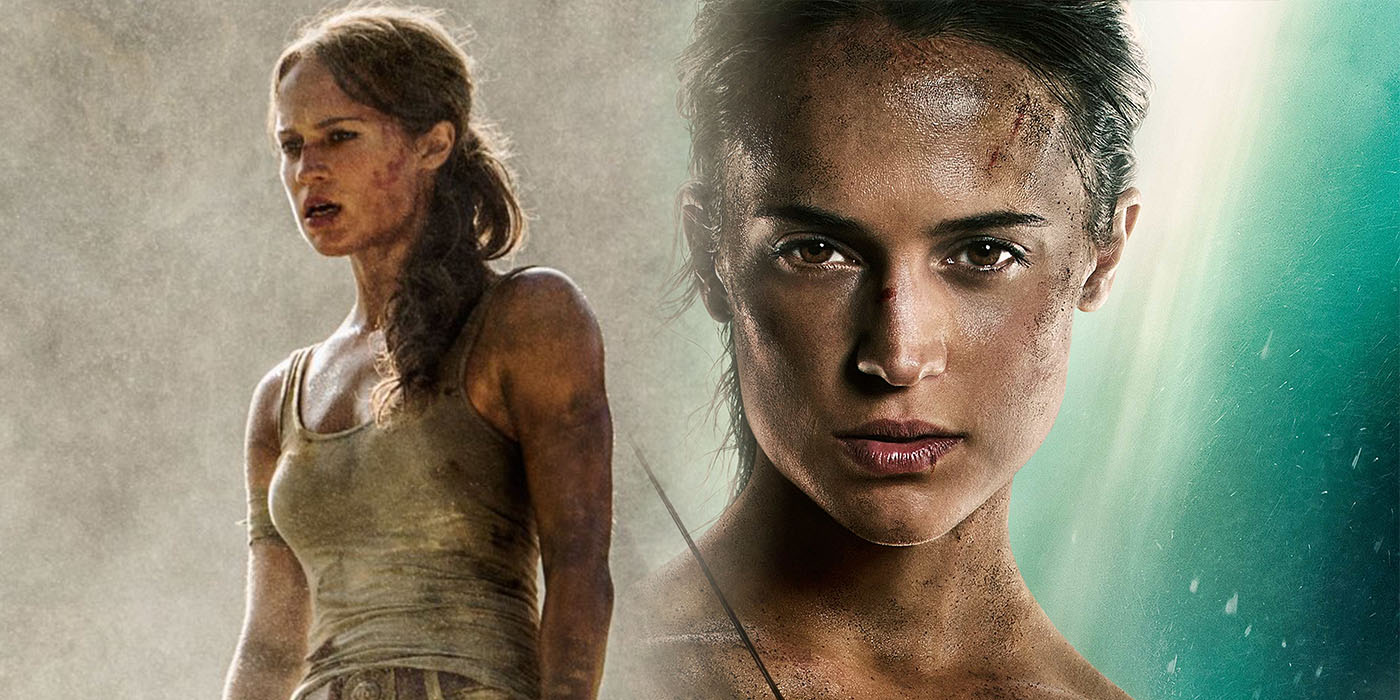 Overall, I would recommend this as a rental once it is released on home video. It is a great way to kill time in the living room after getting back from work or just conquering a lazy Sunday. I really do want to see a sequel since Vikander easily makes the iconic role of Lara Croft her own and with better paced plots for the sequels, this franchise can stake its own territory in the current crowded cinematic landscape. 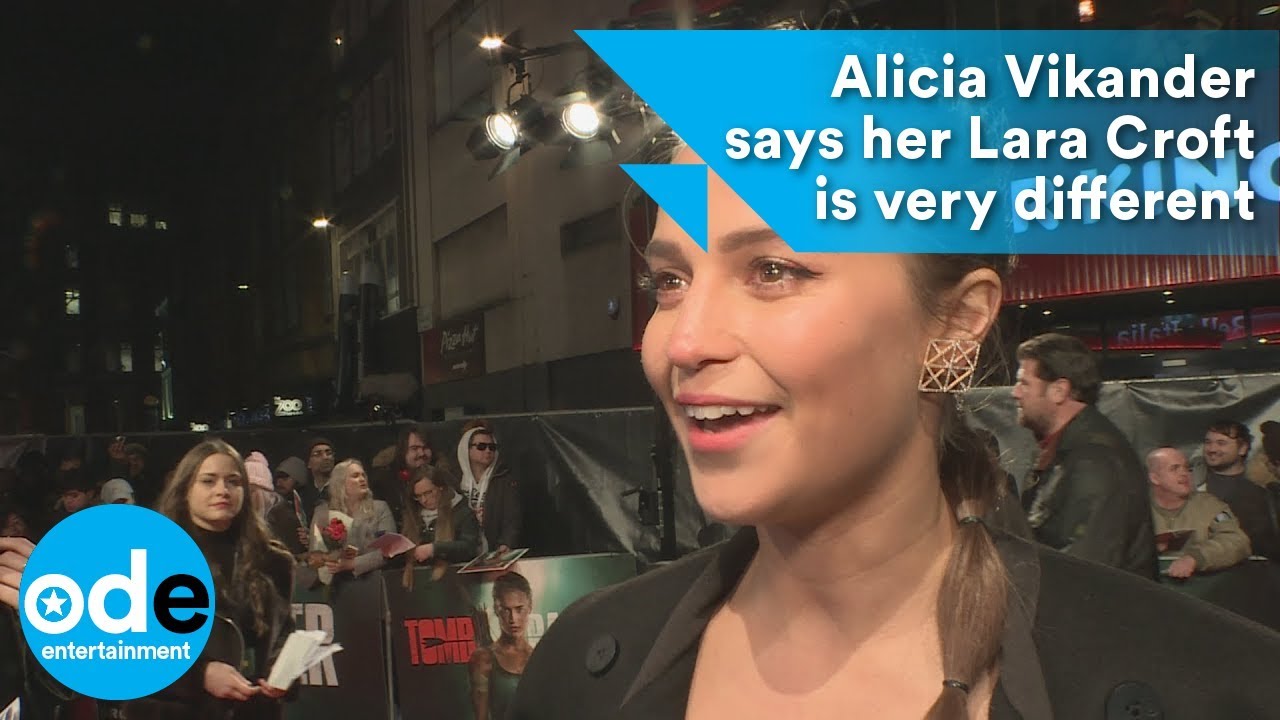 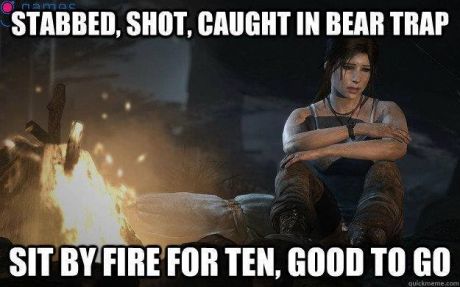 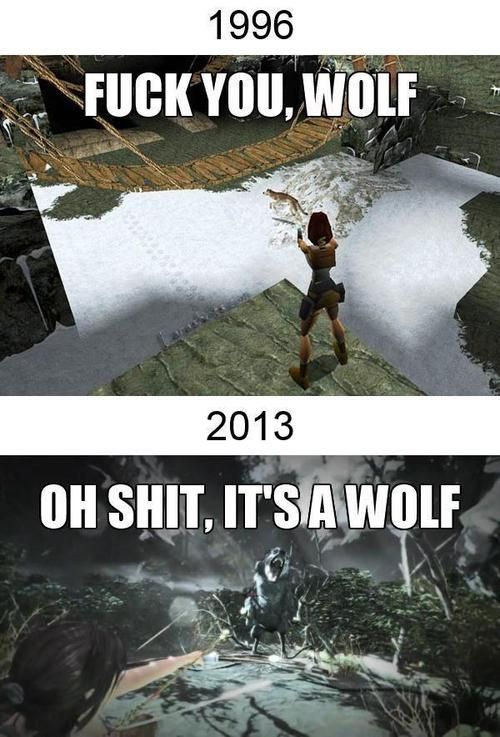 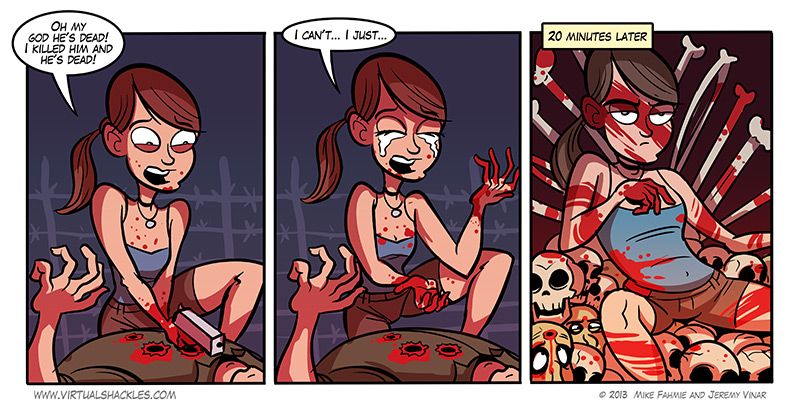 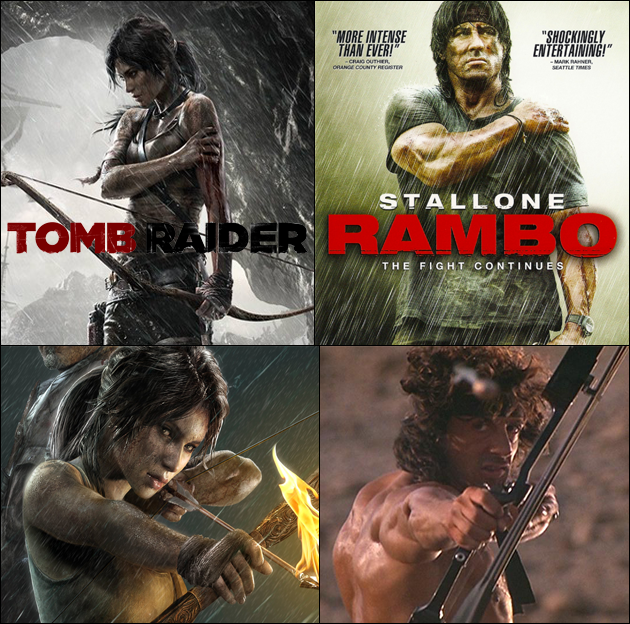 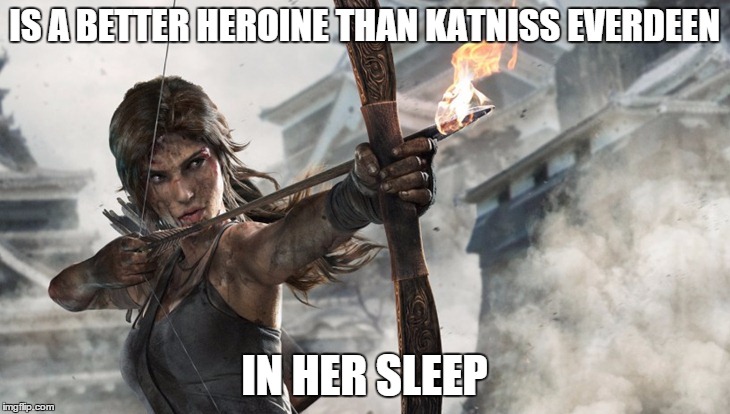 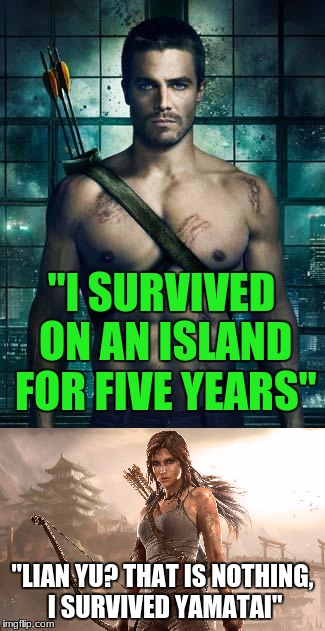 A. Verdict: Worth watching in theaters (Spice Level: HOT ENOUGH) B. Good Enough for Repeat Viewing?: After the home…

A. Verdict: Watch in theaters (SPICY) B. Good Enough for Repeat Viewing?: Only after home release C. Explain Yourself,…